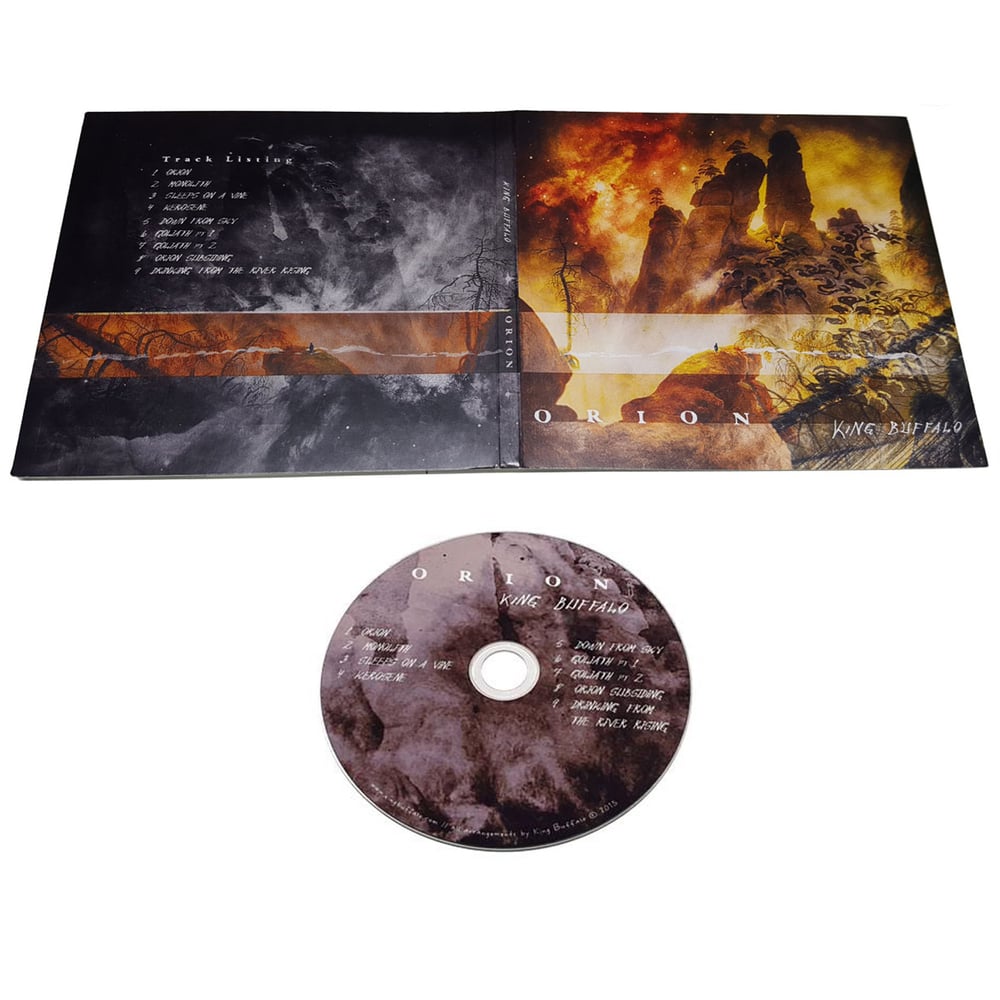 King Buffalo's debut full length "Orion" on CD. Get your copy of what many called "Album of the Year for 2016!"

The CD Digipak comes with new artwork exclusive to the CD version, and is limited to 300.

Written and recorded by King Buffalo in Rochester, NY at the Main Street Armory in 2015.

Produced and Engineered by Sean McVay.
Mastered for digital by Matt Ramerman.
Artwork by Dan Reynolds.